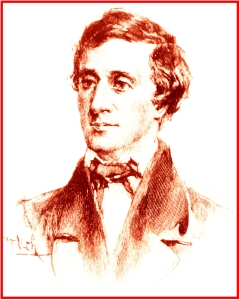 At a little distance they might have been taken for Quakers, with their broad-brimmed hats, and overcoats with broad capes, the spoils of bangor, seeking a settlement in this Sylvania: – or, nearer at hand, for fashionable gentlemen the morning after a spree.

Met face to face, these Indians in their native woods looked like the sinister and slouching fellows whom you meet picking up strings and paper in the street of a city. There is, in fact, a remarkable and unexpected resemblance between the degrated savage and the lowest classes in a great city.

The one is no more a child of nature than the other. In the progress of degradation the distinction of races is soon lost. Neptune at first was only anxious to know what we “kill,” seeing some partridges in the hands of one of the party, but we had assumed too much anger to permit of a reply.

We thought Indians had some honor before. But — “Me been sick. O, me unwell now. You make bargain, then me go.” They had in fact been delayed so long by a drunken frolic at the Five Islands, and they had not yet recovered from its effects.

They had some musquash in their canoes, which they dug out of the banks with hoe, for food, not for their skins, for musquash are their principal food on these expeditions. So they went on up the Millinocket, and we kept down the bank of the Penobscot, after recruiting ourselves with a draught of Tom’s beer, leaving Tom at his home. 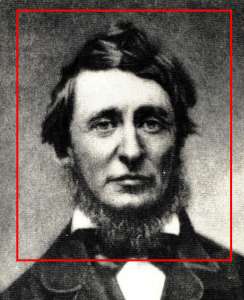 It reminded me of the creations of the old epic and dramatic poets, of Atlas, Vulcan, the Cyclops, and Prometheus. Such was Caucasus and the rock where Prometheus was bound. Aeschylus had no dubt visited such scenery as this. It was, Titanic, and such as man never inhabits.

Some part of the beholder, even some vital part, seems to escape through the loose grating of his ribs as he ascends. He is more lone than you can imagine. there is less of substantial thought and fair understanding in him than in the plains where men inhabit. His reason is despersed and shadowy, more thin and subtile, like the air. Vast, Titanic, inhuman Nature has got him at disadvantage, caught him alone, and pilfers him of some of his divine faculty.

She does not smile on him as in the plains. She seems to say sternly, why came ye here before your time? This ground is not prepared for you. Is it not enough that I smile in the valleys? I have never made this soil for thy feet, this air for thy breathing, these rocks for thy neighbors. I cannot pity nor fondle thee here, but forever relentlessly drive thee hence to where I am kind. why seek me where I have not called thee, and then complain because you find me but a stepmother? Shouldst thou freeze or strave, or shudder thy life away, here is no shrine, nor altar, nor any access to my ear. 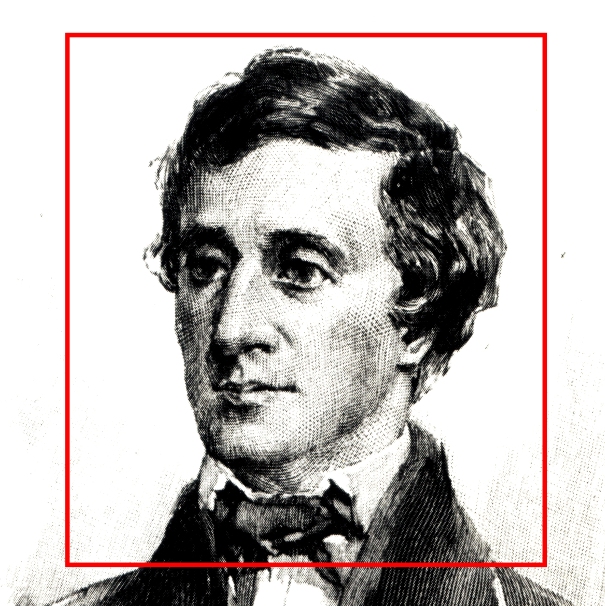 Now sounding in vain for a bottom in fifteen feet of water, while the boat falls back several rods, held straight only with the greatest skill and extertion; or, while the sternman obstinately holds his ground, like a turtle, the bowman springs from side to side with wondeful suppleness and dexterity, scanning the rapids and the rocks with thousand eyes; and now, having got a bite at last, with lusty shove, which makes his pole bend and quiver, and the whole boat tremble, he gains a few feet upon the river.

To add to the danger, the poles are liable at any time to be caught between the rocks, and wreched out of their hands, leaving them at the mercy of the rapids,—the rocks, as it were, lying in wait, like so many alligators, to catch them in their teeth, and jerk them from your hands, before you have stolen an effectual shove against their palates.

The pole is set close to the boat, and the prow is made to overshoot, and just turn the corners of the rocks, in the very teeth of the rapids.

( excerpt from the maine woods by henry david thoreau , august 1846) 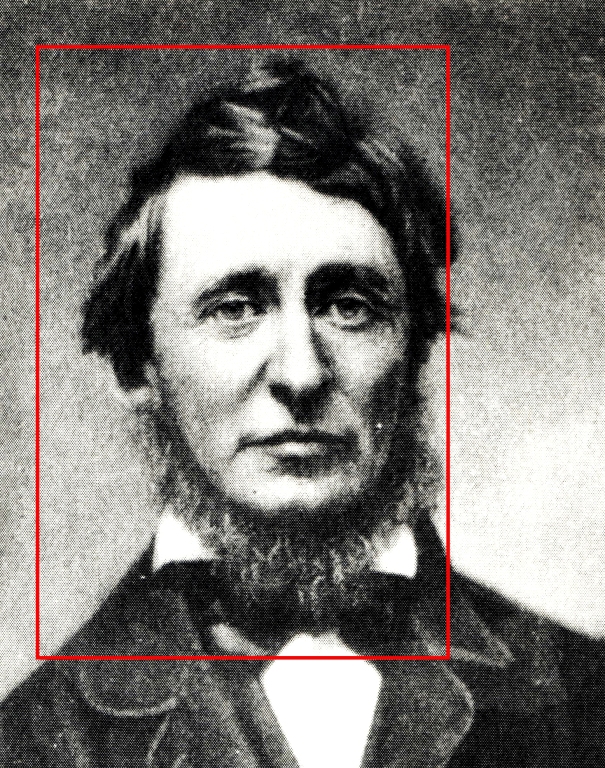 McCauslin was a Kennebec man, of Scotch descent, who had been a water man twenty-two years, and had driven on the lakes and head-waters of the Penobscot five or six springs in succession, but was now settled here to raise supplies for the lumberers and for himself.

He entertained us aday or two with true Scotch hospitality, and would accept no recompense for it.

A man of a dry wit and shrewdness, and a general intelligence which I had not looked for in the backwoods.

In fact, the deeper you penetrate into the woods, the more intelligent, and, in one sense, less countrified do you find the inhabitants; for always the pioneer has been a traveler, and, to some extent, a man of the world; and, as the distances with which he is familiar are greater, so is his information more general and far reaching than the villagers.

If I were to look for a narrow, uninformed, and countrified mind, as opposed to the intelligence and the refinement which are thought to emane from cities, it would be amon the rusty inhabitants of an old-settled country, on farms all run and gone to seed with life-everlasting, in the towns about Boston, even on the high-road in Concord, and not in the backwoods of Maine.