A squire was determined to shoot a crow which made its nest in the watch-tower of his estate. Repeatedly he had tried to surprise the bird, but in vain : at the approach of man the crow would leave its nest. From a distant tree it would watchfully wait until the man had left the tower and then return to its nest. One day the squire hit upon a ruse: two men entered the tower, one remained within, the other came out and went on. But the bird was not deceived: it kept away until the man within came out. The experiment was repeated on the sueceeding days with two, three, then four men, yet without success. Finally, ﬁve men were sent: as before, all entered the tower, and one remained while the other four came out and went away. Here the crow lost count. Unable to distinguish between four and five it promptly returned to its nest. (Tobias Dantzig, Number, The Language of Science)

of course the poor crow do not pass an aritmetic test, maybe the crow made an error of calculation, he was distracted by something, but in this case he did a fatal error. another topic is what is the base N in the world of the crow ? anyway i thank the crow and the snail.  they have their place in thinking. 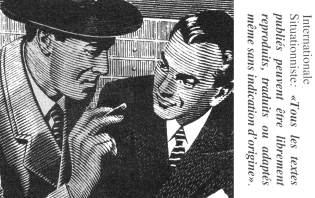 i ask to you dear aficionado(s),
please do not divulgate thi(e)s(e) picture(s)
outside the experienceofthinking
saturday april 14 2018

This site uses Akismet to reduce spam. Learn how your comment data is processed.